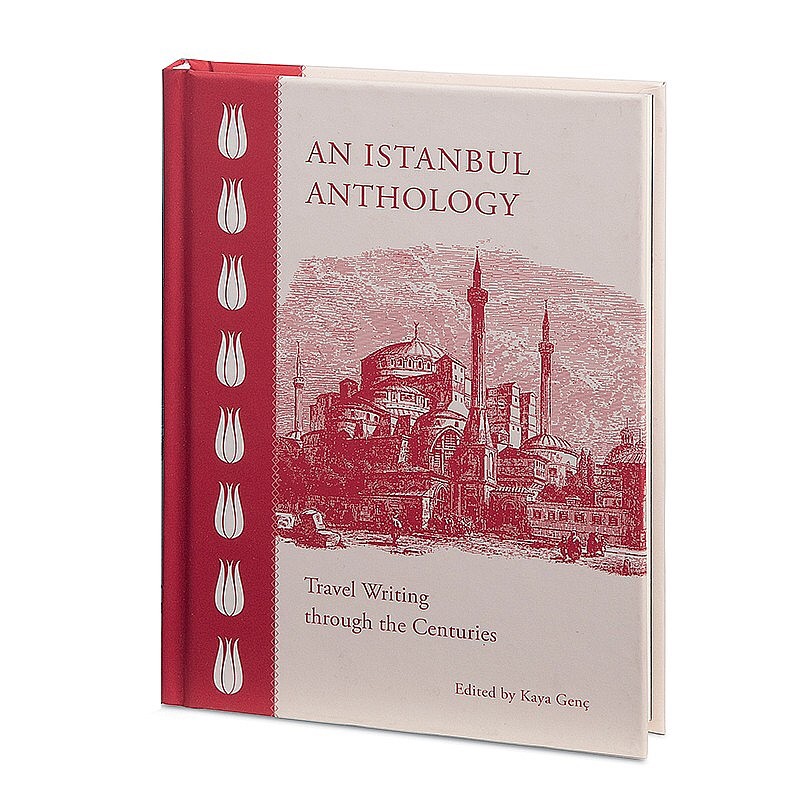 Istanbul Anthology: Travel Writing through the Centuries (2015) from Bloomsbury/AUC Press

‘Genç has curated a compellingly real picture of the city, taking care to match the poetic with the crass, the enthusiastic with the disapproving, and everything in between. The book itself is like a letter from the past, beautifully bound, with cream-coloured pages and sepia sketches of old Constantinople scattered throughout like intermittent memories’ —Alev Scott, author of The Turkish Awakening

‘This is a very welcome pocket-sized collection of classic travel writing on Istanbul… It is a handsomely illustrated book made up of bite-size morsels from some of Istanbul’s greatest travelers… a charming, modest volume that nicely fills a gap for those looking for a literary companion on a trip to the city’ —William Armstrong, contributor to the Times Literary Supplement

‘The idea of keyif permeates the whole book; the unexpected vistas, the court’s indulgences, the cornucopia of the bazaars… Although in many ways it is conceived as a literary guidebook, the book offers pleasures for long time inhabitants of Istanbul as well, as it helps them see the place they cherish anew… It also helps one hear Istanbul anew, to learn what sounds you have grown up with or have been exposed to for a long time sound to strange ears… As a chronicle and guidebook to all the likely and unlikely things that will give keyif in Istanbul, reading the anthology becomes a part of that joyful experience’ —Nagihan Haliloğlu, author of Narrating from the Margins

For centuries following its reestablishment as Constantinople in AD 330, Istanbul served as the capital of three great empires: Roman, Byzantine, and Ottoman. The city’s maze-like streets and high balconies, its steep alleys, flower gardens, and forested hillsides remain soaked in the vestiges of that imperial past, and it is to that past and to Istanbul’s unearthly moods and waters that so many writers and diarists journeyed in search of escape, knowledge, happiness, or sheer wonderment. An Istanbul Anthology takes us on a nostalgic journey through the city with travelers’ accounts of the sights, smells, and sounds of Istanbul’s bazaars and coffeehouses, its grand palaces and gardens, crumbling buildings, and ancient churches and mosques, and the waters that so haunt and define it. With writers such as Gustave Flaubert, Pierre Loti, Ernest Hemingway, Mark Twain, and André Gide, we discover and rediscover the many delights of this great city of antiquity, meeting point of East and West, and gateway to peoples and civilizations.